Janelle Scialla grew up in New Mexico and has lived in the UK since 1976. She has a background in music performance and education, working as a professional musician and singer from 1977-2002, while also teaching peripatetically in London. Janelle has been a therapeutic practitioner since 1995 and course and workshop facilitator since 2003. She trained in martial arts and a variety of therapeutic modalities, including crystal therapy, therapeutic healing, colour therapy, flower and gem essences, sound healing, shiatsu, and craniosacral therapy, as well as alchemy and shamanism. She has made a special study of both the historical traditions and the science behind crystal therapy. As an author and photographer, Janelle regularly contributes articles to various magazines and websites, writes books and booklets, and presents a series of YouTube videos on crystals and crystal therapy for Crystal Age TV. She is Senior Advisor to BRCP and Treasurer of ACHO.

Anna McLaren holds a BA (Hons) in Zoology from Magdalen College, University of Oxford, a diploma in McTimoney Chiropractic, and a Moxite Bioenergy Healing Practitioner’s Certificate from the Moxifoundation, Israel. She worked for several years as a McTimoney practitioner, building up a busy practice in Bath, as well as serving as both Deputy Senior Practical Tutor and Clinic Supervisor at McTimoney College of Chiropractic. After studying bioenergy healing and martial arts in Israel, she has developed her own system, known as Aura Matrix Body Alignment, drawing from the disciplines she has trained in and her own experience. She served as Chair of the Association for Classical Manipulation from 2010-15.

April Runciman works as a Complementary Therapist combining Energy Work, Breath work and Counselling Skills, she works from her private practice in Bristol.

April has an academic background in Psychology and is fascinated by how specific psychological processes influence our behaviour, language and experience of the world. April has studied Clinical Neuropsychology, Neuropsychiatry, Forensic, Social, Developmental, Cognitive and Applied Psychology at degree level, graduated Reading University BSc (Hons) in 2005.

April has practical experience of applying psychological methods, such as Cognitive Behavioural Therapy (CBT) and Counselling Skills in response to complex human behaviors and experience, including violence and trauma. She has worked with individuals within the Criminal Justice System (2007-2010) and Victim Support (2006-2007).

April Graduated from Earthworks School for the Healing Arts in 2015. . 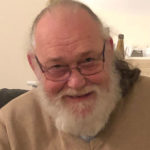 Russ’s interest in energy medicine began with experiences in Kung Fu and TaiJi lessons he attended in the 1980s. Russ qualified in 1995 from the College of Traditional Acupuncture, and completed a two year post graduate course in Traditional Chinese Medicine at the College of Integrated Chinese Medicine in 1999. He has taken several advanced training courses. These include integrating the use of crystals into acupuncture treatments, basic training in Bach Flower Essences, and the NADA ear point protocol for treating addiction. His treatments are all based on the principles of Traditional Chinese Medicine in general, and ‘The five Elements’ (Wu Xing) in particular. He uses a range of techniques, including needles, moxabustion, crystals and Flower essences.